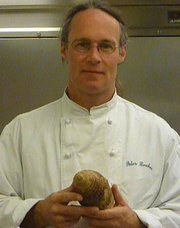 Reading John Harrisons book "Up the Creek" in 1989, about one of his amazone journeys, I first learned about manioc root, as an important part of the south american cuisine and I instantly became fascinated with new food plants.

Throughout my culinary career, starting 1990 in Atlanta, I`ve been exploring tubers unknown to the common food culture. I`d be working as a line cook in Miami and New Orleans and between tickets I used to run to the cuban or asian supermarket to pick up some malanga or cassava root, to learn about their flavour and preperation.


Especially the taro tuber became a favorite, because I used to suffer severe heartburns and the regular consumption of taro completely cured me. While all my colleagues would constantly pop antacid pills, the addition of a new food item to my diet plan led to a state of wellbeing unknown to me before. I realized that any other new food item could be just as helpful to General Nutrition.


In 1995, after moving to germany I wrote my first book: "That`s why you always find me in the kitchen at parties", as a prophecy of what I`ve been doing ever since. Changing the world with fork & knife. I furthered my education by becoming a certified cook trainer, nutritional counselor and specialized on edible wild plants.

In the year of 2000 I founded NewTritionInk and developed the concept of introducing new food plants to respell nutrition. Defining my kitchen became my answer to the question: What would we eat if instincts were still writing our diet plan ?

This Bionic Foodchoice has been my counteract to all the weird commercial developments in nutrition, diet and food industry.

Links and Ressources about Tubers & Roots:

Where are tubers available in Germany ?

To purchase tubers for consumption:

Six delicate Dahlia varieties can be ordered here, every year in may.


Exploring new tubers can be frustrating, because it sometimes seems virtually impossible to find further informations or contacts. To introduce Ichintal to the german food culture I`ve been trying to get in touch with a great many people involved in it`s cultivation. So far, I`ve made a trip to the black forest region, where a farmer happens to be cultivating the plant for it`s fruit, without even knowing that the roots are also edible.
Ichintal - Sechium edule, which happens to be the plant that bears chayote fruits, is mostly unknown for it`s tuberous roots. The tubers are a stable crop in Guatemala and while I`ve been using chayote since the days I used to work as a chef in New Orleans, where they are called mirlitons, I`ve been trying to get ahold of the roots also.

Chayote fruits are pale green, fist sized little pumpkins with white flesh and a single flat seed. They can be found in many asian supermarkets here in Germany, and I even discovered a farmer cultivating a spiny variety, you see in the picture above. Unfortunetly the roots can`t be properly grown here, because our climate only allows a annual cultivation and the roots take longer to grow and tolerate no frost.
My attempts of importing Ichintal from Guatemala have brought no results so far, so I`ve decided to grow them in a green house, where the first germinated seed will be planted this spring. Hopefully in two years I may be able to dig up the first roots.

Updates will be posted here.
If you know anyone involved in the international trade of Ichintal, please get in touch with me. I`d be grateful for any support. 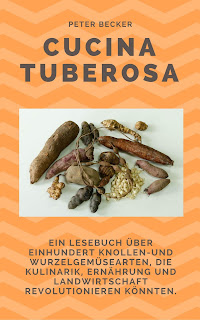 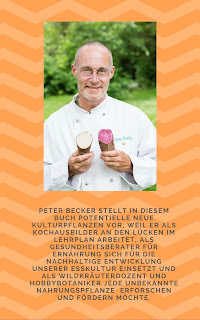